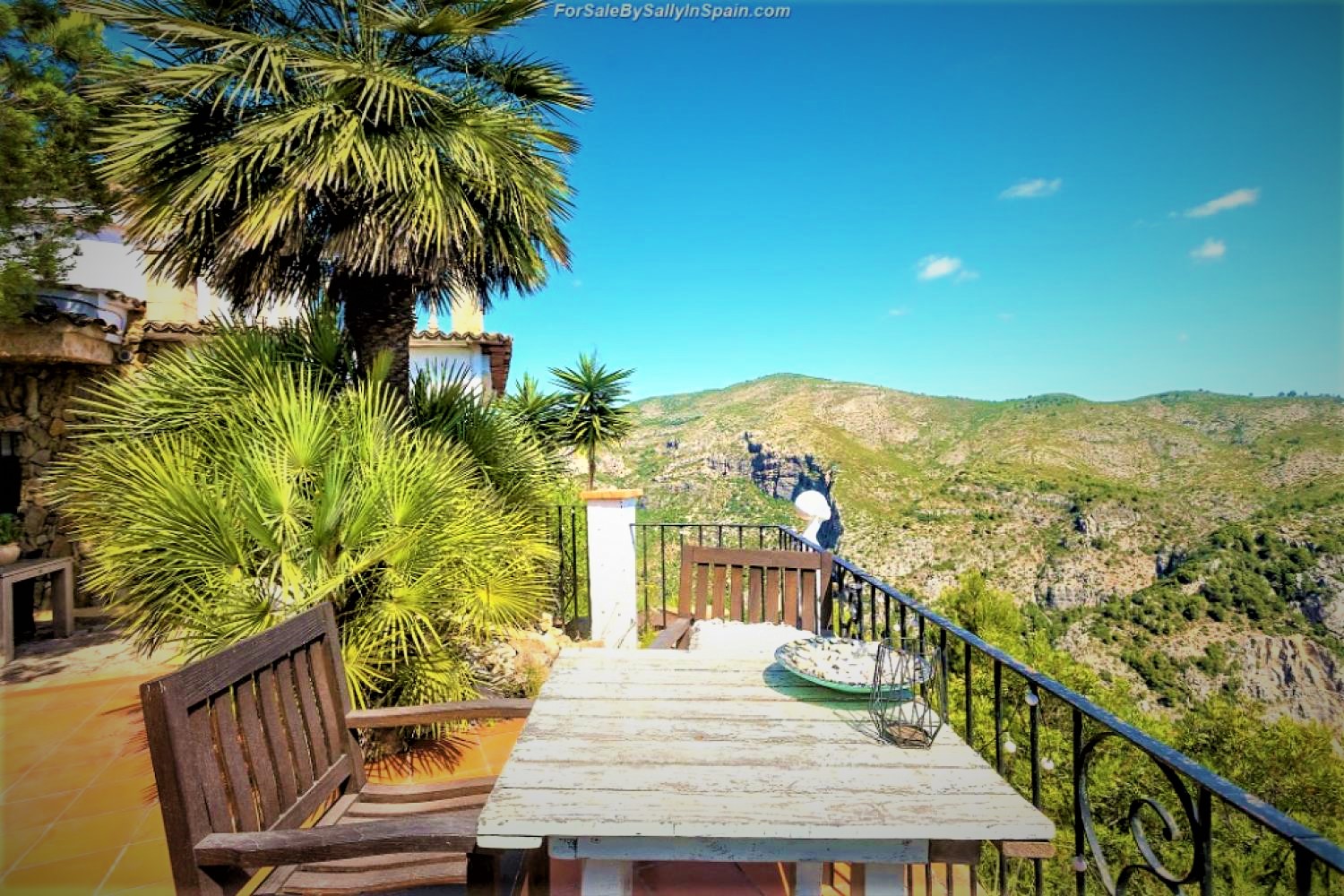 Part 10: Out and about in the Gandia area

One of the many reasons that so many Brits consider moving to Spain, is the very different scenery and surroundings compared with that we are used to in the UK. Most of us have seen the old “Spaghetti Westerns,” many of which were filmed in various areas of Spain, so the rocky desert like scenarios and the “I surrender” cactus is well known. Many also know that it is not all desert and rolling mesquite too. But what is the scenery really like around Gandia?

Allow me to enlighten you dear reader ……. You are still reading, aren’t you? Oh good, it gets quite lonely when you wander off when I’m in full drivel flow y’see!  Anyway, as I was about to say before I was rudely interrupted, let us explore some of the wonders of this rather special region.  For example, we are ideally placed in the centre of the Ru de Monastir. A route of monasteries which never diverts too far from the coast but numbers many delightful and surprisingly well-kept monasteries and hermitages, many with wonderful walking grounds. Well, I say well kept, a little tongue in cheek, as our local exhibit, not fifteen minutes from the centre of Gandia, surrounded by woodland and Wolfie’s daily exercise area appears on the external face of it to be, how can I put this tactfully, erm …. To have seen better days. It is rather sort of falling down and literal trees growing out of the roof ….. you get my drift. However, take a walking tour inside and it is a glorious monument to the seventeenth century and before. It hasn’t actually had monks residing within since about eighteen fourty something on a Tuesday I believe, but it is now a regular marriage and party venue, musical event centre and a damned interesting place to be guided around. Would you believe they even had a specific group of cells in which they turned the seeds of the Carob tree into chocolate! Yes, chocolate! A walk around and through the surrounding woods is surprisingly calming and relaxing and it is also where we collect sticks as kindling for the fire during the winter months after Christmas, fill paper bags with pinecones to make Christmas decorations and just generally enjoy the peace and tranquilities …. Well, most of the time …. Except during orange picking seasons (yes plural).

But moving on, there are many such places to explore, each with its own character and history.

Some months ago, we were made aware of an area named the Jalon Valley (or Xalo Vall). This is roughly an hour south of Gandia and is indeed quite stunning. But last week, she who must be obeyed determined a new trip out for us whilst studying her trusty Michelin Days Out cartographic collection. And what a treat it turned out to be (I know how to get multiple brownie points!). Equally stunning views and pretty “real” Spanish villages following the CV700 from a nearby place called Pego. The whole bang shoot just twenty minutes from home! It will have to be on the list for a spring re-visit as for miles and miles, either side of the terraced valley is smothered with Olive, Cherry and Almond trees. Said terraces primarily existing since built during the occupation of the Moors and further proof of their settlement being almost every single village name beginning with ‘Ben,’ roughly meaning, of the family of the following name (in Arabic). The whole area is literally littered with ‘Bens.’ Beautiful tiny café stops on the edge of villages and the edge of precipices! Villages so small that you cannot even drive into them because you are going to grind the rims from your precious alloys on the curb edges originally designed and sized to accept a donkey and cart! You have to park in laybys on what passes for the main road and walk, dear listener, yes walk! One foot in front of the other …. Or to be more precise in most cases, one foot above or below the other because these villages are seriously built of the side of a mountain, so every house is accessed up or down a one in three slope, steps or ramp. But regardless, EVERY village has it’s Church dominating the roofscape and visible from every angle.

Then there are the pure walks. We are, in fact, joining one tomorrow not far from our house in Real de Gandia. Based around a village called Alfauir, not far from the monastery previously mentioned, strange to tell, for a distance of some six kilometres along, we are assured, mainly level paths of metalled or gravelled surface. I say assured not in a frivolous manner, for some of these ‘ambles’ can turn around and bite you on the bum something terrible! We are surrounded by serious mountains in this part of Espana as I may have already mentioned. However, this particular ‘amble’ is organised by a local U3A group and is quite separate from the ‘Ramblers’ who are a rather more serious lot who like walking up vertical rocks and eating Kendal Mint Cake (or whatever passes here as energy grub) whilst sat on the edge of a crumbling edifice a thousand feet up an avalanche path usually frequented only by wild boar and the odd mountain goat.

Talking of vertical rocks, we were invited on a ‘mostly flat’ walk along the cliffs by one who used to be a dear friend of ours in whom we had total trust, which turned out to be a ten kilometre hike, half of which was actually rock climbing along the edge of one hundred foot drops onto the surf pounded rocks below along pathways which even our four leg drive canine , Wolfie, took up the entire width and had to be assisted up and down several sections that made the word ‘challenging’ utterly derisory. Yours truly actually only made it by taking the final ten per cent in one hundred metre chunks and resting with water breaks and much emotional support. You have been warned! Having said all that, the views were, it has to be said, beyond stunning.

But that is our home area here. Stunning, beautiful, challenging and green, always green. This really is a different Spain.

Part 8: A vegetarian in Spain …… My wife has been a vegetarian since she was a young teenager, partly from a moral point of view but largely from the fact that she has just never liked the texture of meat. On the other hand, I have been a lifelong meat enjoyer (is there such a word?) and have been previously spoiled by the high standard of ste...