An Ex-pat Monthly Experience of Moving to Gandia, Spain - Part 12 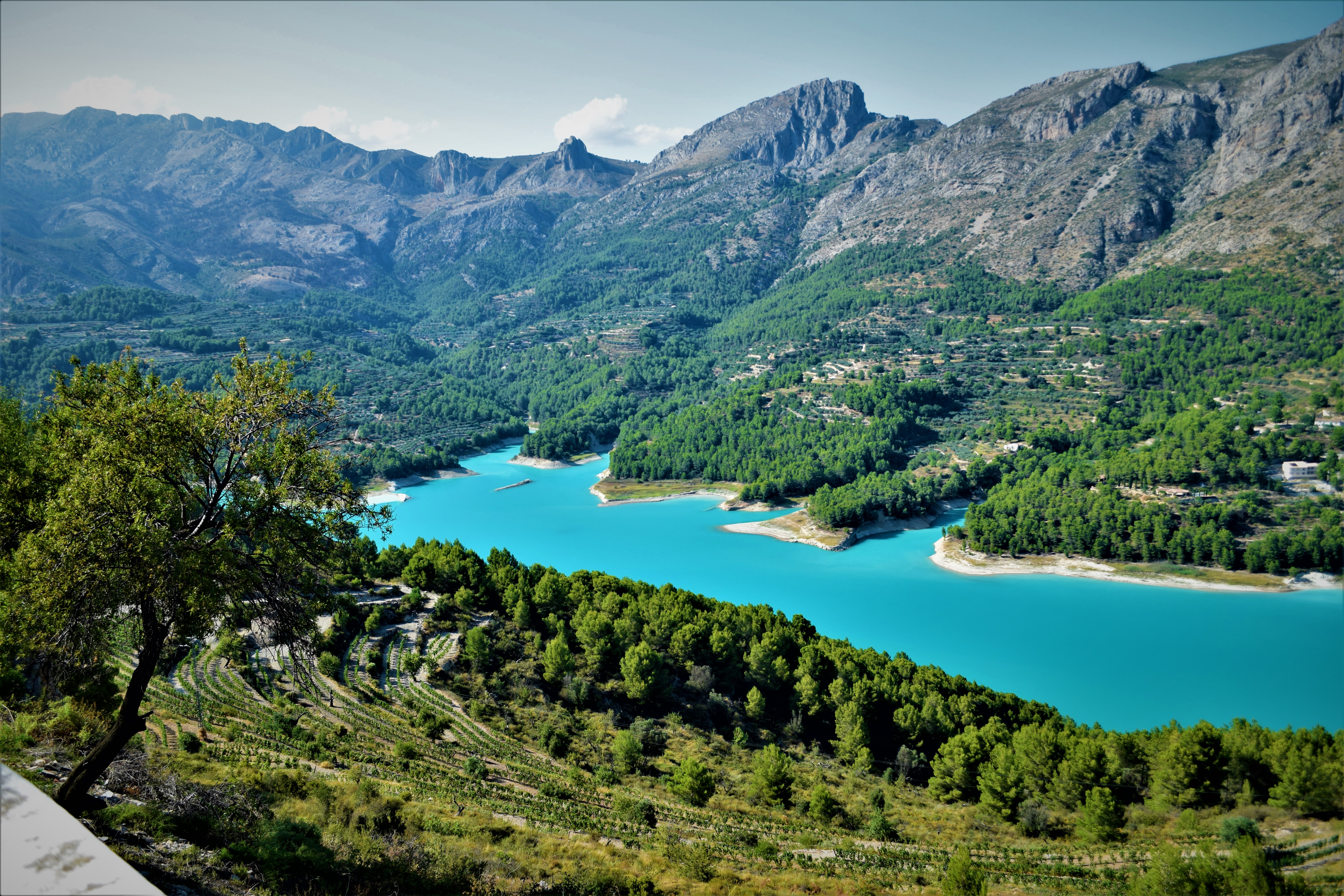 Well dear reader, Christmas has been and gone, the New Year celebrations all cleared up and forgotten ….. and winter has arrived! What that has meant here is that the winds have arrived, whistling around the nether regions and elsewhere too, but the temperatures have actually been relatively high for this time of year. So far the lowest it has reached is around eight degrees, and that in the middle of the night. As I bash at the keyboard in front of me, the sun is streaming through the window, and it’s hovering around eighteen degrees outside and feels warmer because of the infra-red radiating from the glowing orb in the sky. In fact, apart from the wind, which has been scarily strong at times, we have sat out enjoying a coffee and/or a small beer in various cafes around the area many times over the past few weeks.

You may recall, if you were paying appropriate attention to my insightful ramblings, (and if not, why not? Ed) that I have waxed lyrical regarding the topography of this lovely place that we call home, or, if you prefer, that it ain’t flat and full of cactus! No, we are surrounded by mountains of some character, and by surrounded we mean within a ten-minute drive. Amongst these ancient monoliths are scattered so many traditional villages, most of them pretty much unknown to the tourist and casual visitor. One such little pearl is very close to us and is called Barx (pronounced Barch). A fairly steep ten minute climb up a mountain road, the surface of which would put most UK motorways to shame, plateaus in the habitacion of La Drova and walking distance further is Barx village. It is a friendly and traditional little place with a small square housing the obligatory couple of cafes and a small supermarket, but as is often the case, there is much more on offer.

There is a municipal swimming pool with café/bar, a surprisingly large community centre housing performance stages (2), a large school, dentist, butcher, baker, all manner of tradesmen from builders to general maintenance, vehicle repair garages (tallers), safe play areas for children, conveniently close to a couple of well attended café/bars and their own bodega run by a super friendly couple where you can buy wine by the glass and sit in the sun and imbibe to your hearts content, or buy the wine bottled in the building, made from their own grapes grown on the hill close by. Much as Spain has changed over the years and is as technical and technology led as the rest of Europe (arguably more than the UK. Ed), Barx is one of the many places surrounding us here in Costa Blanca Nord that still enables you to relax into the slower, traditional Spanish way, where the local Spanish population are friendly and welcoming, merely smiling encouragingly at our outrageous attempts at speaking their language and patiently repeating ‘despacio’ until we get the gist of what they just said in their inimitable machine gun fashion.

Of course one of the other bonuses of winter here is that we get to spend evenings in front of a real open log fire and with the recent inclement temperatures the easy availability of UK television makes everything very much more put-up-able. Long gone are the days of huge dishes on your roof to receive English speaking TV and radio stations. Now, it’s just a matter of having one of the many internet providers link you up (fibre is very common in Spain and unless you live up in the mountains you can easily get 300+Mbs standard download speed. Enough to run a full business!) If you do live in an unconnected area (we did until recently) you can connect up via a small dish of about fifty centimetres diameter to one of the main antennas and still get in excess of 50Mbs. More than enough to receive full UHD TV and connect your mobiles and computers in the casa. A very cheap app connection with one of the local Brit suppliers will get you a couple of hundred UK channels including Sky, BBC, ITV and Prime, plus more. And all for the grand total of approximately £20 per month if you pay annually. Rugby and Football fans? No problem. Internet provision averages around the £30 per month mark and usually includes at least one mobile telephone package. For example we pay almost exactly the equivalent of £40 per month for our internet and two mobile phones with unlimited data and UK calls. We were paying this amount for each of our phones in the UK and another £30 odd for slow internet! Would you believe that if you live in a reasonable size town you can get 1000Mbs internet as standard!

Right now, with every price and cost increasing across Europe, it is comforting to know that the Spanish government really do try to help ‘the people.’ For example, fuel at the pump is still being sponsored by the government by 20c per litre, so our diesel is averaging £1.30 litre equivalent in this area and in some of the cut price garages less than £1.20 equivalent.

Similarly our electricity bill is no more than ten per cent more than it was two years ago thanks to efficient capping. Essential food products such as vegetables and bread are currently also receiving a reduction in VAT which is being passed on by the likes of Mercadona, one of the biggest Spanish chain supermarkets and our average food bill is certainly no more than it was a year ago. Sure, all of our lighting at home is LED, we use the washing machine at night and the same with the water boiler (probably the largest cost contributor for us) and as there are just the two of us we are sensible in our power usage, but still, it is considerably cheaper to live here than in the UK at the moment it would appear.

So putting everything together, are you ready to start your new life journey in this gorgeous part of the Iberian coast? Best you give ‘’For Sale By Sally In Spain’’ a call and have a chat about how she can do for you, what she did for us! Come and join the family. You’ll be very welcome. Talking of which, I have to go because we’re helping a couple of friends celebrate their anniversary and a Birthday all rolled into one. That will be down at the Grau then! Or in your parlance, down by the beach at a café in the sun then. Gosh, look, it’s eighteen degrees again! Oh well, I guess we can put up with it …….

More from a Brit in Gandia soon folks. Stay safe.

Part 10: Out and about in the Gandia area .......... One of the many reasons that so many Brits consider moving to Spain, is the very different scenery and surroundings compared with that we are used to in the UK. Most of us have seen the old “Spaghetti Westerns,” many of which were filmed in various areas of Spain, so the rocky desert like scen...

Part 9: Setente años en Espana - (Seventy years old in Spain!) Yes, that number seen for so long as in the dim and distant future seems to have arrived all too quickly. Some eighteen months after we arrived here in Gandia I awoke with the arrival of three score years and ten! Well, almost as I awoke at about eight o clock and wasn’t born u...