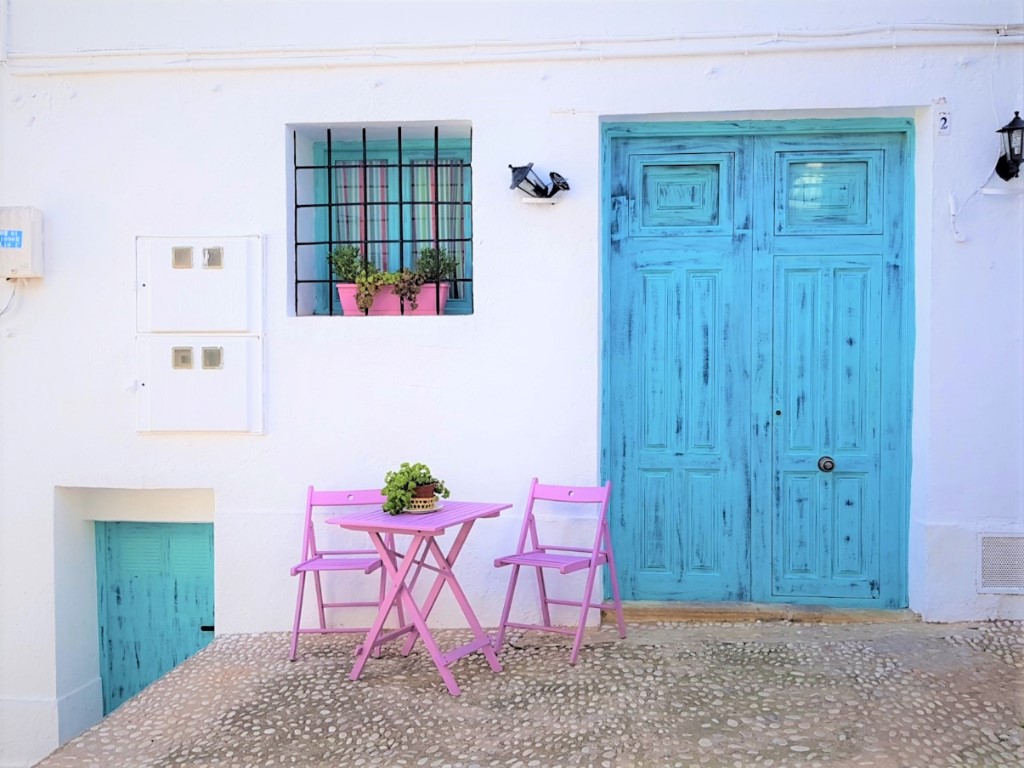 My wife has been a vegetarian since she was a young teenager, partly from a moral point of view but largely from the fact that she has just never liked the texture of meat. On the other hand, I have been a lifelong meat enjoyer (is there such a word?) and have been previously spoiled by the high standard of steaks available in Spain. Well, I say life long, that’s not exactly true because I too have been veggie for around six years now. Why is he boring the Hell out of me with this drivel I hear you ask (yes, I can mind read too!). Well patience is a virtue dear reader, and I’m assuming that you are still reading, your patience is about to be rewarded. Because this edition is about being a veggie, or a Vegan, living in Spain.

When we moved over to Gandia in June of last year, we had become used to the ease of shopping for Vegetarian food in the UK. Every supermarket had a wide range of ‘meat alternative’ products apart from the obvious beans, pulses and standard veggie fare (beans and pulses ….. ugh!)

Suffice it to say. We actually spent a LONG time in the supermarket here in Gandia (and the supermarket in this instance being arguably the biggest in the area and shall remain nameless because they don’t sponsor me) trying to find said veggie products. Basically, NosireeBob! That’s an Americanism by the way, for those of you who are perhaps linguistically challenged. Damn I’m on form today! But I digress. Sure, there are plenty of previously mentioned beans, pulses, fresh and preserved vegetables in general, but where is the Linda McCartney and Quorn and such like? The answer was very simple. There weren’t any!

This would be a good moment to tell you of a salient point in the story when we first went to the Gandia Commercial Centre. Great place by the way and the amount of money we have passed into the tills of Leroy Merlin, we should be major shareholders! Anyway, yes, I will get on with it (told you I could mind read!). We were hungry and thirsty, and it was lunchtime. Our spoken Spanish was not even at basic level and hovered round, “Necessito una cervesa” and “Tienes servicios aqui?” (Look it up!) So, we took a table outside what we thought was descriptively named, The London Bar. A deceptively spacious establishment as it turned out and as we have come to learn is the regular lunch time drop in for the Policia Locale. The waiter arrived and I asked for food, “sin carne.” A look of shock accompanied the loud and irate riposte that you cannot have food without meat! That is a slur on the great range of food that we have prepared (at least I think that’s what he was saying), accompanied by frantic waving of arms at the undeniable wide range of foods behind glass awaiting our order. We ended up with coffee and croissant I seem to recall. If we had been Vegan, we wouldn’t have even been able to have the croissant!

What a difference a year makes! Admittedly local knowledge is a wonderful thing and we have found all manner of dishes and restaurants and cafes where we can eat good veggie food without problem. But supermarkets are now also stocking quite a range of veggie and vegan foods too. Often you will find that they don’t differentiate between veggie and vegan, particularly in our case because strictly speaking we are Pescatarians. We literally just don’t eat meat. Whereas Vegans don’t eat fish either, or dairy products, or a lot of other things. I think they eat mainly dust and chickpeas, but I may be wrong. Anyhow, the upshot is that it is getting easier and easier to be a veggie in Spain and I have to say, I think that we are probably eating more healthily than ever living here.

By the way, would any of you like some Padrons? This year we started, sorry, I mean my fabulous in-house gardener known as my wife has been planting up the terrace (which used to be a landslide builders tip) and put in four tiny, spindly Padron Pepper plants and one Jalapeños. Like triffids, they have gone berserk and have been producing enough Padrons each day to keep us fed on them alone, and the Jalapenos are quite superb. So much so that she has been freezing down the Jalapeños and we have numerous plastic tubs full of Padrons in the ‘fridge, so if you’d like some, let Sally know! I’m sure she can ship some out! Do you know what? Having written that I can just feel a telling off heading my way because I haven’t mentioned postage or packing! Ho Hum! Such is the life of a bestselling writer!

By the way, for those of you who don’t know what Padrons are, I shall explain. Padron Peppers are small green peppers that are harvested when they are just over an inch long, Oh OK, OK, about forty millimetres then. The most common way to serve them up is by frying them in a little Olive Oil so that they ‘singe’ and begin to shrivel, then shake a good sprinkling of course sea salt and you eat them by hand by holding the small piece of remaining stalk. Absolutely deliciosa! They work so well as a side dish with Patatas Bravas. Yum!

Until next time mon braves! Adios!

SALLY´S COMMENTS:- Just for our vegetarians, pescatarians and vegans out there, Spain is slowly catching up now (as mentioned above), there are local Facebook groups pointing out which supermarkets carry special products and which restaurants are vegetarian or have vegetarian options or serve vegan food.  The fresh fruit, vegetables and fish are so tasty as a lot of the fruit and vegetables are grown here and the fisherman bring the fish into Gandia port daily. The avocados are to die for, they are easy to ripen and when buying from the veg shop/supermarket are so lovely and soft and tasty, so it is quite easy to become a vegetarian/vegan here in Spain.  For those of you that like a little trip out, then if you are missing some vegetarian Linda McCartney sausages (as pointed out above) it is possible to visit an international store, there is one in Javea (35/40 min drive)  and a larger one if you hop on the AP7 motorway near Oliva and go to Benissa (35/40 min drive), most English products are sold there including Waitrose and Tesco products with a vegetarian frozen range too.

Part 5: So, what’s it like to retire to Gandia Spain?Hello again! So, from a pair of Retirees to all of you considering making Spain your retirement destination, you may be interested in our findings since we arrived here post Brexit. First, you really do need an effective, efficient local Lawyer. Once more, the 'For Sale By Sally in Spain' team can...

Part 2 - Hello Spain!As planned, we arrived after a seven-and-a-half-hour drive along motorways that shame our own, at our hotel in Denia. A charming little place that we can honestly recommend. Lovely staff (not all English speaking), comfortable accommodation, realistically priced and breakfast in their garden terrace is just a top treat! But again, I get...