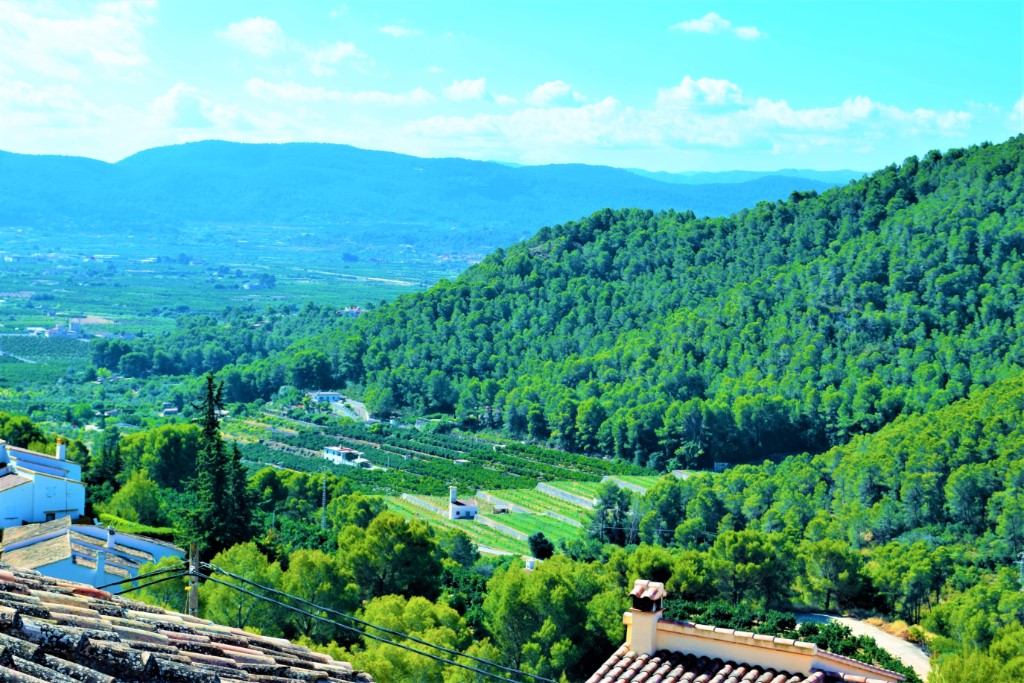 Hi y’all! I seem to remember saying in one of the earlier issues, that we had absolutely no idea about anything Gandia wise. In fact, we had never heard of Gandia! Denia, yep. Calpe even, yep! Then there are, of course, the everyone knows ones such as Benidorm, Malaga, Marbs and even Benalmadena. But Gandia? Nope!

Well, let me tell you, if you haven’t checked out Gandia, you are missing a trick!

First of all, it’s green. Yes, all year round. So, you don’t have to surround yourself with Cacti to have lots of sunshine. Because here you can have lots of sunshine AND grow all manner of plants and enjoy being surrounded by forests of pine and olive and endless citrus and almond trees, to name a few. Are you also aware that according to the WHO, (World Health Organisation Darling!) this area of Spain is recognised as one of the healthiest places ON THE PLANET! Yes, I can hear your gasps of amazement from here! But it’s all true! When you think about it, it must be pretty healthy to have a benevolent climate saturated with oxygenating greenery, all held within a microclimate created by being surrounded by mountains except for the glorious coastline and the sea.

Right here I can answer some of the asked queries regarding the area. So, firstly, yes there are seasons. We do get Spring, Summer, Autumn and Winter and yes it does get colder during the winter months of January, February and March. Right now, it’s averaging ten degrees and raining for goodness’ sake! And when it rains, it means it! But we can already see that Spring is on its way by the pink almond blossom appearing and the creamy buds on the citrus trees and the sun doesn´t take long to reappear! When spring is fully under way the entire area is saturated with the pink, creamy white and yellows of the blossoming bushes and trees. And the scent ……?

Summer generally starts earlier here. May is often seeing days of early twenties of the Celsius variety, rising to an average of late twenties with the occasional lift to thirty-ish during the real summer months, which can last right through to November, with even December sporting some wonderful weather. For example, on Boxing Day this year we walked Wolfie along the doggy beach and sat on a sand dune eating bagels and drinking (what do you think on Boxing Day?) fizzy, in a balmy twenty-one degrees with wall-to-wall blue sky. The main difference is that during the ‘closed’ months, come five-o-clock, the temperature falls off a cliff and it’s set up the log fire and bring on the hot coffee and JD chaser time! It might still be nine or ten degrees, but that feels cold to us, believe me.

Wherever you look inland around Gandia, the mountains are there. It may surprise you to know that we are just a couple of hours driving to ski territory here! They protect us from much of the nastier weather and draw in fresh air from the Mediterranean Sea. Those of you with nautical know-how will already know that as warm air on shore rises, fresh air is drawn in to replace it from the sea. The mountains increase that activity. They are also wonderfully available to explore. The Spanish have always loved building on hills and high ground and so many of the prettiest places are sprawled over, at times, the most inhospitable mountain crests and crags. Castles abound and you cannot drive very far without spotting the towers on other hills, originally built there to act as watch towers and to spread warnings along to the nearest fortified town. We very soon concluded that there is no such thing as a boring view in ‘La Safor.’ The mountains are always there to lift the view.

So, Marinas? Yes, Gandia has one of those too. Not a plastic, over commercialised extravaganza like some further south, but a proper local Spanish Marina. A bit worn around the edges, a bit rough and ready perhaps, but friendly, welcoming and just a nice place to be. The promenade passes closely by, with tree lined paseo and seating at regular intervals to just sit and enjoy the tranquillity. There is a sprinkling of restaurants and small shops, cafes and bars which extends along the wonderful beach of which Gandia is justifiably proud and protective. The locals call this the Madrid Beach and for a very good reason. Gandia is very much a holiday resort in the Summer, but you won’t find many Brits here. Try finding a holiday brochure featuring Gandia! No, this is a Spanish holiday resort. Many Madrid inhabitants have their holiday homes here as it is only roughly three and a half hours from that major inland city. That means that you are surrounded by the buzz of Spanish conversation and the vast majority of local Spanish are very friendly. Sure, there are enough, ex-pat Brits, Dutch, French, Belgian and Scandinavians in the area, so you don’t feel ‘cut-off.’ But it’s still very much a hidden Spanish gem and we love it.

Part 5: So what is it like to retire here?

Part 9: Setente años en Espana - (Seventy years old in Spain!) Yes, that number seen for so long as in the dim and distant future seems to have arrived all too quickly. Some eighteen months after we arrived here in Gandia I awoke with the arrival of three score years and ten! Well, almost as I awoke at about eight o clock and wasn’t born u...

Part 10: Out and about in the Gandia area .......... One of the many reasons that so many Brits consider moving to Spain, is the very different scenery and surroundings compared with that we are used to in the UK. Most of us have seen the old “Spaghetti Westerns,” many of which were filmed in various areas of Spain, so the rocky desert like scen...

Part 8: A vegetarian in Spain …… My wife has been a vegetarian since she was a young teenager, partly from a moral point of view but largely from the fact that she has just never liked the texture of meat. On the other hand, I have been a lifelong meat enjoyer (is there such a word?) and have been previously spoiled by the high standard of ste...